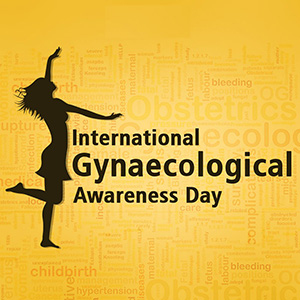 Women’s advocates across the world are promoting awareness of gynaecological health issues this month and a special event is being held right here in Perth.

Staff at King Edward Memorial Hospital will join hands creating a circle around the building as well as hanging underwear through the hospital.

It might sound odd but its part of gynaecological awareness advocate and current Senior of the Year Kath Mazzella’s plan to remove the stigma associated with women talking about their health ‘down under.’

“Most women tend to suffer in silence with anguish of what they don’t know and who they can turn to. The time has come for the community to be more open about better gynaecological health,” she said.

Ms Mazzella said that most women will be affected by a gynaecological health issue at some point in their lives and it was important to seek education and be assured the services are available.

“It’s not just for women; illness in this area can have an affect on partners, brothers and sons. Women need to be educated about the issue so their loves know what’s going on.

To find out more contact Gynaecological Awareness Information Network .To take part in linking hands around KEMH head down the hospital on Bagot Road in Subiaco at midday on September 10.