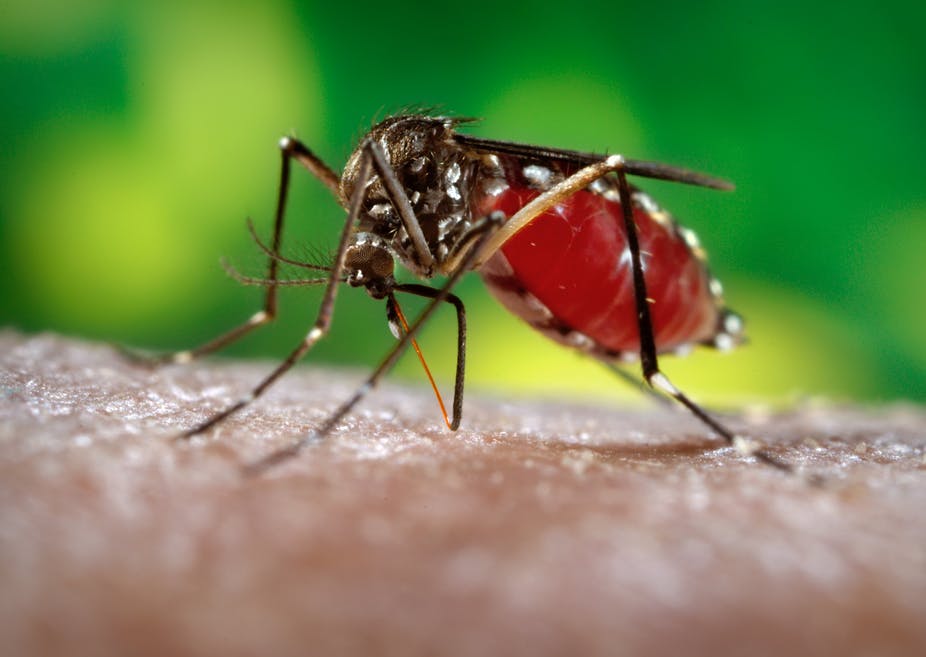 The US Food and Drug Administration (FDA) has approved the first vaccine to prevent dengue disease caused by all dengue virus serotypes (1, 2, 3, and 4) for people aged 9 through 16 years who have previously had laboratory-confirmed dengue infection and who live in endemic areas.

The vaccine, Dengvaxia (Sanofi Pasteur), is a live, attenuated vaccine given in three injections. The initial dose is followed by two additional injections 6 and 12 months later.

"Dengue disease is the most common mosquito-borne viral disease in the world and global incidence has increased in recent decades. While there is no cure for dengue disease, [this] approval is an important step toward helping to reduce the impact of this virus in endemic regions of the United States," Anna Abram, FDA deputy commissioner for policy, legislation, and international affairs, said in a news release.

Dengue is endemic in the US territories of American Samoa, Guam, Puerto Rico, and the US Virgin Islands.

A first dengue infection usually causes no symptoms or is a mild illness that resembles the flu or another viral infection. However, a subsequent infection can lead to severe dengue and may result in dengue hemorrhagic fever (DHF), which can be fatal. Most cases of severe dengue are associated with a second dengue virus infection. Because no drugs have been specifically approved for the treatment of dengue disease, care is limited to the management of symptoms.

"Infection by one type of dengue virus usually provides immunity against that specific serotype, but a subsequent infection by any of the other three serotypes of the virus increases the risk of developing severe dengue disease, which may lead to hospitalization or even death," said Peter Marks, MD, director of the FDA's Center for Biologics Evaluation and Research, in the press release. "As the second infection with dengue is often much more severe than the first, the FDA's approval of this vaccine will help protect people previously infected with dengue virus from subsequent development of dengue disease."

The safety and effectiveness of Dengvaxia were demonstrated in three randomized, placebo-controlled studies involving about 35,000 individuals in dengue-endemic areas, including Puerto Rico, Latin America, and the Asia Pacific region.

The most commonly reported side effects with Dengvaxia are headache, muscle pain, joint pain, fatigue, injection site pain, and low-grade fever. The frequency of side effects was similar among patients who received Dengvaxia and those who received placebo. Side effects tended to decrease after each subsequent dose of the vaccine.

Dengvaxia is not approved for people not previously infected by any dengue virus serotype or for patients whose status regarding previous infection is unknown. "This is because in people who have not been infected with dengue virus, Dengvaxia appears to act like a first dengue infection — without actually infecting the person with wild-type dengue virus — such that a subsequent infection can result in severe dengue disease," the FDA says.

Therefore, the FDA advises healthcare professionals to evaluate individuals for prior dengue infection to avoid vaccinating persons who have not been previously infected by dengue virus. Confirmation of previous infection can be established through a medical record of the patient's having previously had a laboratory-confirmed dengue infection or through serologic testing prior to vaccination.

It is estimated that one third of the world's population live in areas at risk for infection by dengue virus. Each year, an estimated 400 million dengue virus infections occur globally, according to the US Centers for Disease Control and Prevention. Of these, roughly 500,000 cases develop into DHF, which contributes to about 20,000 deaths, primarily among children.