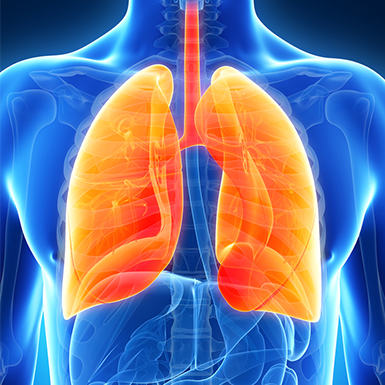 Taking a low dose of the antibiotic azithromycin for six months reduces symptoms for patients with the chronic lung condition primary ciliary dyskinesia (PCD), according to research presented at the European Respiratory Society International Congress.

PCD is a rare inherited disease that affects people from birth. It causes coughing, a build-up of mucus in the lungs, and frequent chest and ear infections that can lead to permanent lung damage and hearing loss.

The new findings come from a 'gold-standard' randomised controlled clinical trial comparing the therapy to a placebo in patients across Europe. It is the first trial of its kind to demonstrate an effective therapy for PCD.

The study was presented by Dr Helene Kobbernagel from the Paediatric Pulmonary Service, Department of Paediatrics and Adolescent Medicine, Copenhagen University Hospital -- Rigshospitalet, Denmark. She said: "PCD is a serious and chronic condition that begins early in life and tends to deteriorate over time. Because it is a rare disease, there is a lack of good evidence on how to treat children and adults to relieve symptoms and prevent longer term damage."

PCD affects tiny hair-like structures, called cilia, that line the airways. In healthy people, billions of these cilia move rhythmically to pass mucus out of the chest, which helps to remove bacteria and dirt.

In people with PCD, the cilia either do not work properly or they do not move at all. Patients cannot effectively remove mucus, and the bacteria it contains, from their lungs, leaving them vulnerable to frequent respiratory infections. The infections can cause irreversible lung damage, which further increases the likelihood of more infections.

Dr Kobbernagel and her colleagues wanted to see if they could use the antibiotic azithromycin as a form of 'maintenance therapy' to keep infections at bay over an extended period, hopefully improving symptoms in PCD patients.

She said: "We know that azithromycin is effective in treating a number of infections that occur in people with PCD, as well as having anti-inflammatory effects. It is also simple to administer and has mild side-effects. These are important considerations if you are asking children and adults to take a drug for an extended period.

"We wanted to see whether taking azithromycin over a period of time could also work to prevent infections and reduce symptoms."

The study included 90 patients, ranging in age from seven to 50 years old, who were being treated at six hospitals across Europe. Forty-nine of the patients were randomly assigned to take the antibiotic for six months, while the other 41 took a placebo.

All patients were checked for symptoms, the presence of infection-causing bacteria in their sputum, lung function, hearing and quality of life.

Patients taking azithromycin suffered an average (mean) 0.63 episodes of symptoms that were serious enough to require treatment during the study. Among those taking the placebo, patients suffered an average of 1.37 such episodes. This equates to a 50% reduction in episodes in patients taking the treatment. People taking the antibiotic also had fewer infection-causing bacteria in their sputum samples, but they were more likely to suffer with mild diarrhea.

Dr Kobbernagel said: "Our results show that azithromycin is safe for patients with PCD and that it could offer an effective maintenance therapy, reducing ill-health and helping children and adults get on with their daily lives."

Researchers did not find any measurable difference in longer-term measures such as lung function and hearing but they say a longer study might be needed to see whether the treatment has any effect on these.

Dr Kobbernagel added: "We need to know if it's safe for patients to continue taking the drug for longer than six months and whether it can prevent irreversible lung damage, but this trial is an important first step."

Professor Tobias Welte from Hannover University, Germany, is President of the European Respiratory Society and was not involved in the study. He said: "Because PCD is a rare condition, there has been relatively little research on it and, as a result, patients across Europe are being treated in different ways. A study like this one, which takes patients from across Europe and compares a potential therapy with placebo, was badly needed.

"We now have the first piece of strong evidence that azithromycin could help prevent patients' symptoms and we hope the research will continue to help us find the best way to preserve health in the long term for all children and adults with PCD. A careful exploration of the risks versus the benefits of azithromycin treatment is essential. Several studies in which azithromycin was used to treat other conditions have shown that the development of antibiotic resistance is an important side effect of treatment, and that is a growing public health concern."